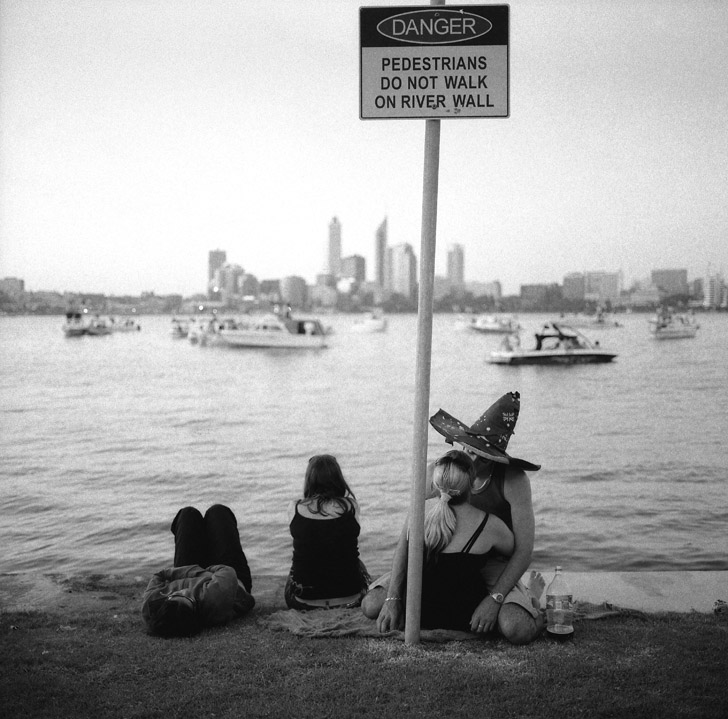 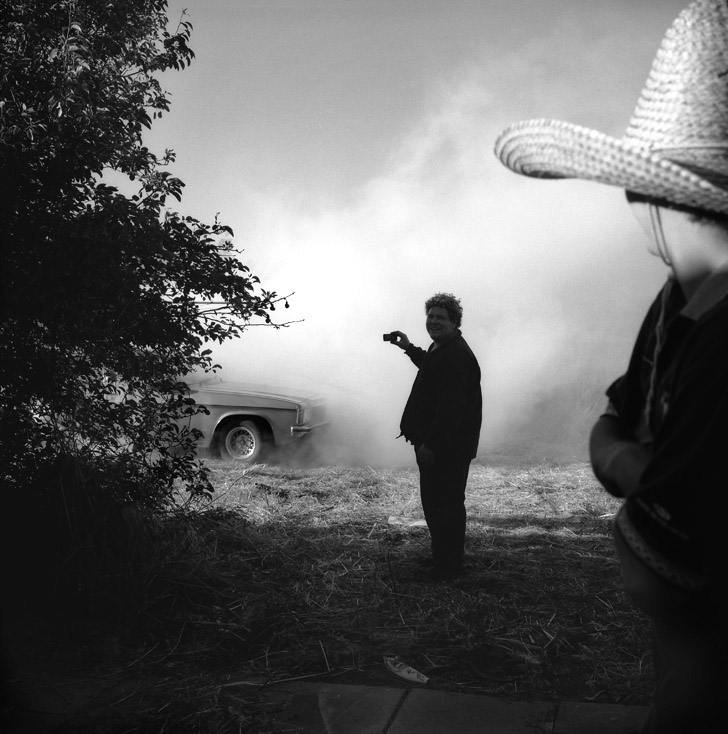 happy australia day! A few years ago I started working on a series of images that depicted Australian suburban life. All shot on my Mamiya 6 in black and white film, the series will most likely take me over 20 years to complete because I always forget to take my Mamiya out with me. Just thinking now, I shot a awesome series of an “Australian Santa” at a christmas party in December 2008. It is still sitting in a draw undeveloped.

The first image, was taken on Australia Day in 2006. It’s a tradition in Perth to head down to the river early in the morning, sit in the boiling hot sun all day, play cricket and drink way too much.  The inner bogan comes out in most and everyone gets rather obnoxious. In the evening there are fireworks over the city skyline. This was taken around 7pm, at this point in the day most people are either really rather drunk or just really hot and exhausted, getting impatient waiting for the fireworks to start just so they can get back home to the aircon.

The second image was taken at a guy’s house called ‘lambie’. I received my Mamiya 6 in the post earlier that day (bought off ebay) so I was eager to test it out, so this was the first roll of film I put through it. I somehow ended up at this guys house and in the backyard, a bunch of guys were doing burn outs. I love this shot because it does not get much more bogan or Aussie then this. teehee 🙂